Camellias are a symbol of the Jeju Uprising of 1948. The exhibition “Camellias Have Bloomed” was created as a memorial for the many souls lost during the violence and to heal the wounds suffered by the survivors The first step to righting a wrong is to face the truth.
Since 2018, this idea has underscored this exhibition on the Jeju Uprising.
For many years, the Jeju Uprising was a story closed off to others, a truth that had to be hidden.
The power of the state, which should only be exercised to protect the people’s lives and safety,
was instead used to burn the island of Jeju, killing 30,000 to 90,000, or one-third to one-tenth of the island.

We hope this exhibition can cast a small light on the long road to reveal the truth buried under false history, giving some semblance of comfort to the people whose lives were destroyed in the Jeju Uprising and the Yeo-Sun incident.
We must remember that the Jeju Uprising and the Yeo-Sun incident were starting points of democracy in Korea,
a struggle of a people to protect their rights to life against a state that refused to protect its people. 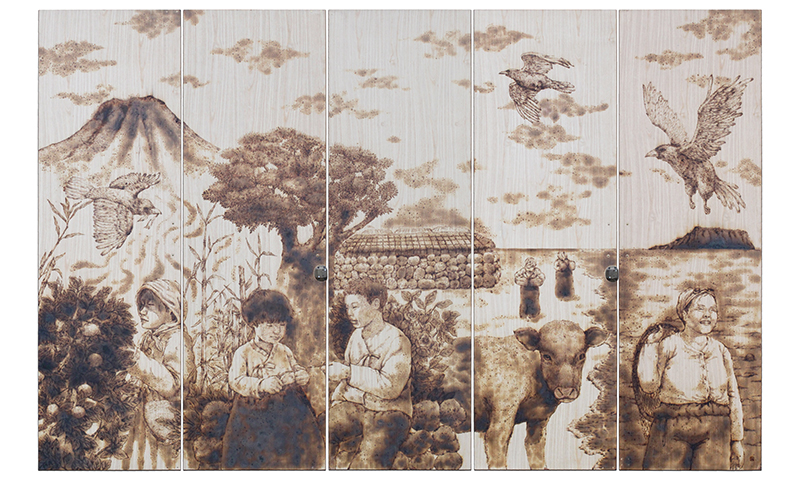 Jeju Community (Yu Jin SON)
Wood burning of discarded doors, writing, animals, etc. / 2022
This wood burning depicts Jeju’s community as a periphery of the Korean Peninsula, before the Jeju Uprising, on discarded furniture to bring the forgotten memories and emotions onto the surface 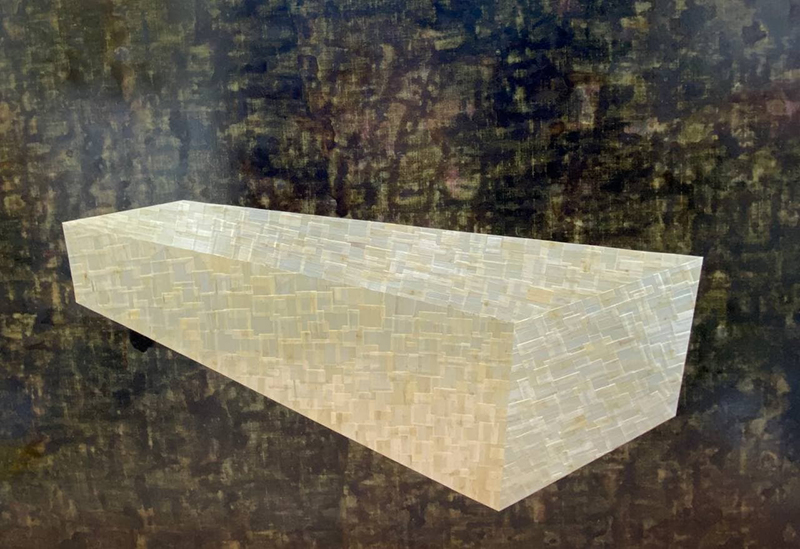 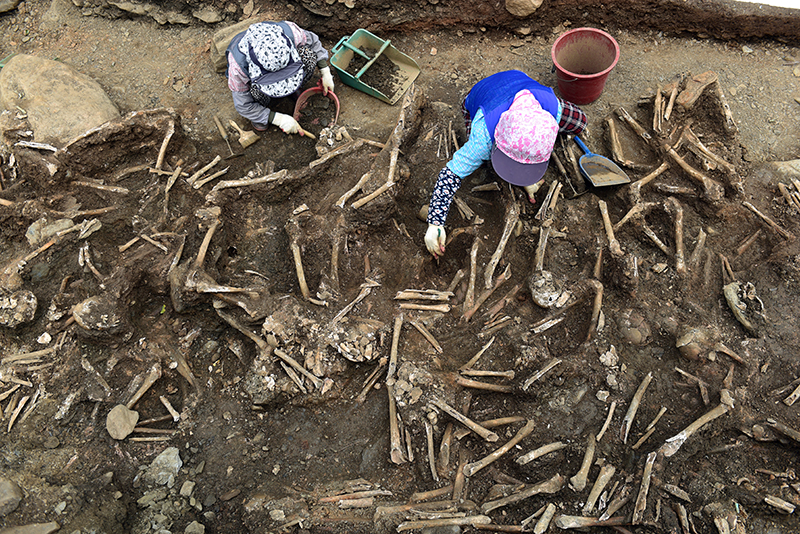 Field of Bones (Jae-geun IM)
Photography / September 13, 2021
This is a photograph taken just after the Korean War,
at the excavation of Gollyeonggol, Daejeon, the site of a massacre involving the inmates of Daejeon Prison and the surrounding residents.
This image, evoking pain, is of the people of Daejeon and Bodo League members lying on the ground, imprisoned after an unjust military trial during the Jeju Uprising. 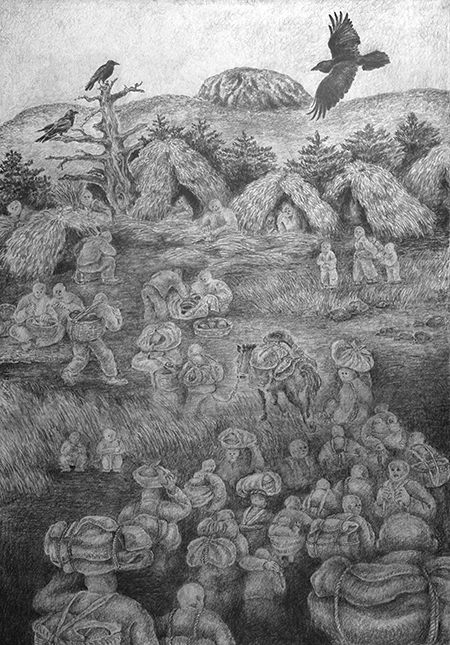 To Halla Mountain (A Seon HYUN)
Pencil on paper / 2021
As they face the harvest of barley, one of the most important crops in Jeju’s May,
they refuse to submit to the Korean people’s division into two states.
This image of Jeju’s people heading up the mountain on May 10 symbolizes the will to reunite the divided people