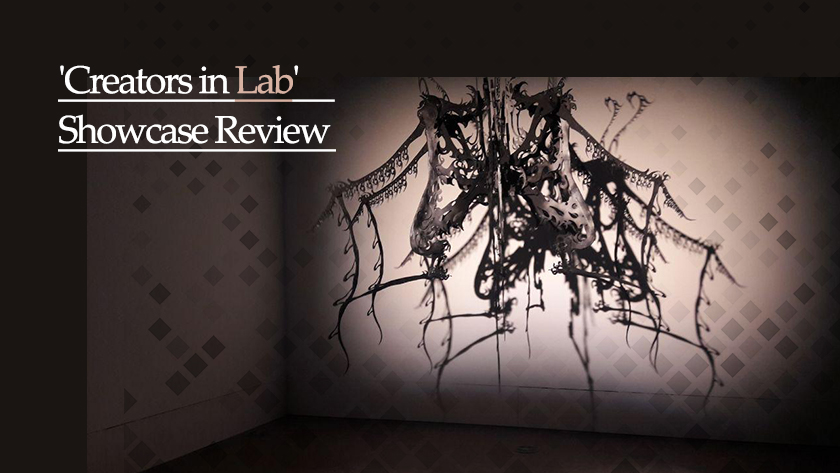 ACC_R Creators in Lab Showcase
Do you believe that a simple masterpiece can change your thoughts about life or it can change? Or have you ever thought so deeply because a piece of art made you think so hard?
If not yet ACC_R Creators in Lab Showcase will make you scrutinize your surroundings from all over the beginning. With co-operation of 23 various style creators and art makers, Asia Culture Center is holding a Showcase from July 27th to August 5th from 10 a.m. to 18 p.m. for free in charge. 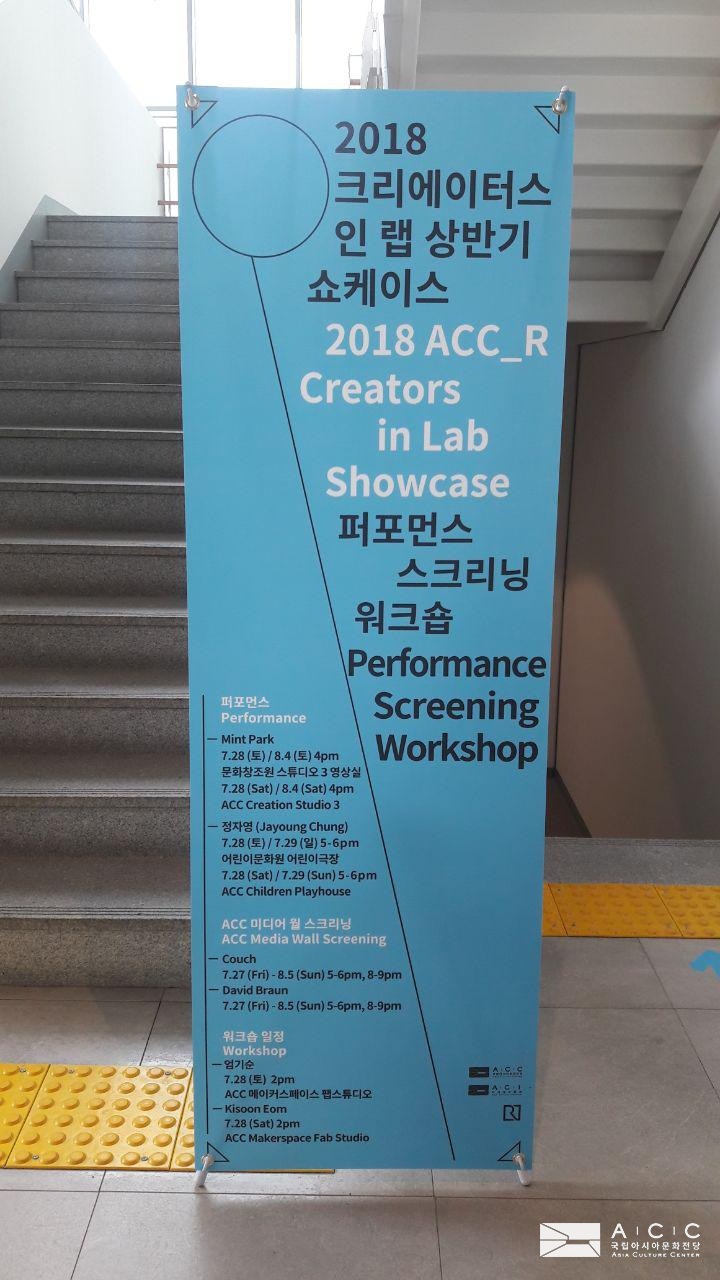 From your first entrance to the showcase, you will be obsessed with every masterpiece, by their beauty, by their deep meanings. It takes time in order to realize what the creator wants to convey to his audience, what does he or she want to say to the world and you also start feeling different unfathomable feelings inside of you and striking ideas flowing in your mind. As you step into the lab, first of you will face ‘The CUBE’ the first work of Media Surface category by Evghenii Godunov. First of all, it is pretty hard to get the meaning of the work but as you watch it carefully you will understand that the cube is not just a shape, but it is a constantly disturbed mind by multiple external causes. A mind which is enclosed into a cube-shaped interactive box. Together with the freedom of thought and escape from an enclosed and stressed environment, the work represents the ‘think outside the box’ concept, illustrating how beautiful our ideas could be when we are more confident and feared. 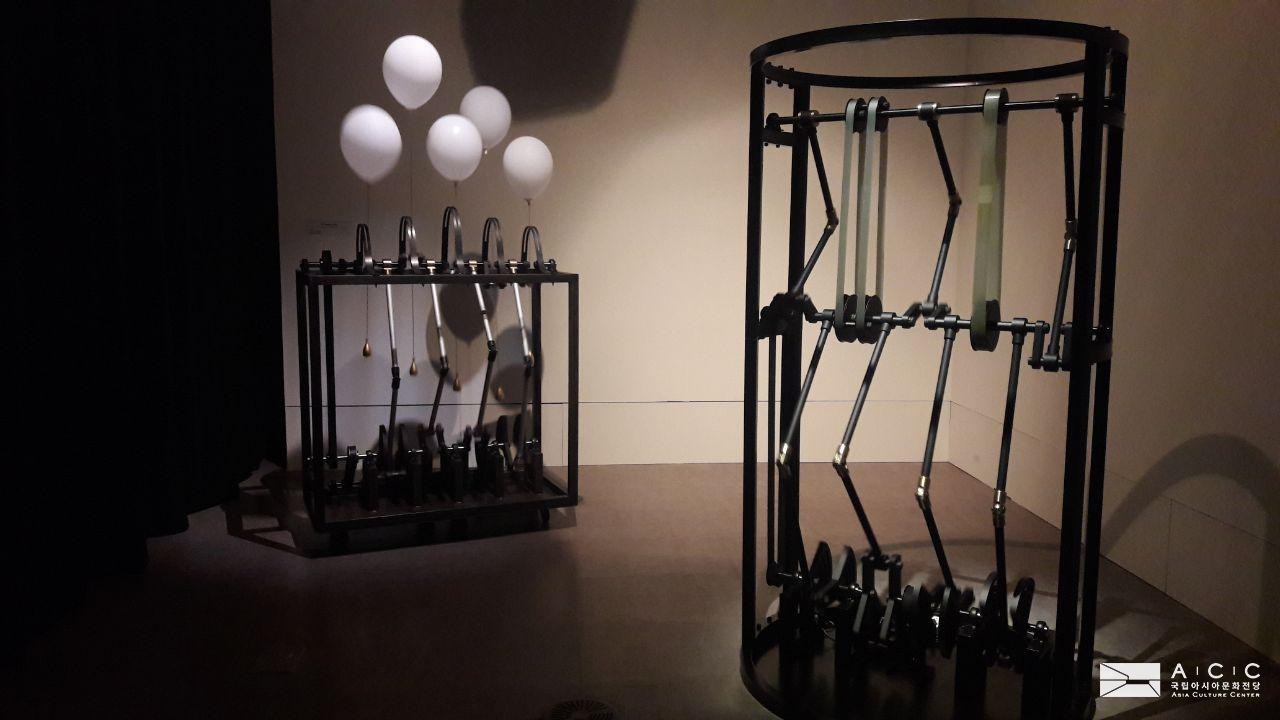 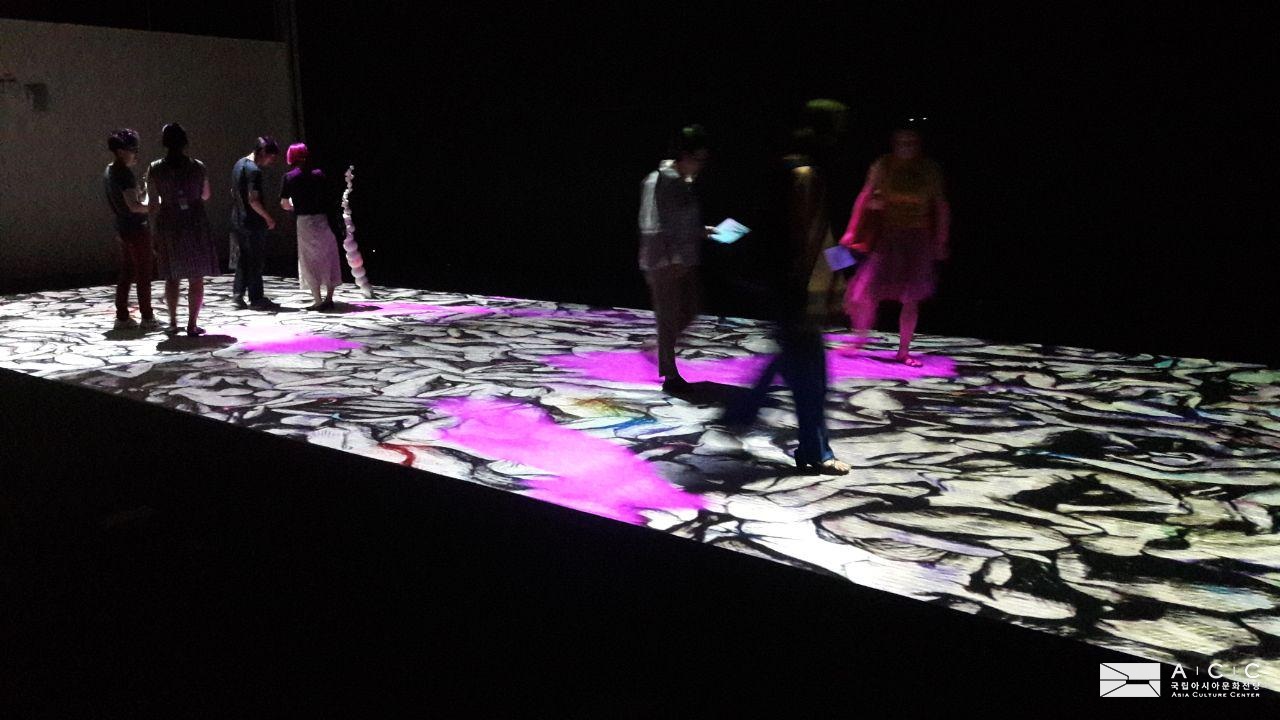 A similar work but Kinetic art by Nika Oblak and Primoz Novak will definitely grab your attention. At first glance, you see a man walking on the TV and TV is rotating constantly and you may say ‘so what?’. However, if you pay attention to the name of the art which ‘Where do we come from? What are we? Where are we going?’ you may start understanding that this video means a lot rather being caught inside the screen, walking endlessly as if he spinning a giant wheel. It alludes to a contemporary definition of a rat race, an endless, excessive or competitive work, pointless pursuit with little reward or purpose. It is almost the same with the same schedule of our life, same routine work, study, and home which we can never escape no matter how fast we move or run. Have you ever thought that human beings are just miracles, everything related to us is a miracle, speaking, thinking, working and even walking is a miracle itself? ‘Walking Man II’ by creator Earl Park is a walking mechanism highly associated with being human. The Walking Man II uses a simple moving machine composed of cranks and motors to visually test and explore the fine line of “humanness”.
One of the greatest artwork that I was very stunned and enjoyed was ‘Over the D-Rainbow’ art by Jung Seung. It is 1 channel animation projected on the floor, Morce code transmitter (3DPrinted), sound, interaction by position. On the ground, you can see many dead or alive fleshes. This piece incorporates information about those who lost their lives during the 5.18 Gwangju uprising into an animated image of corpses lying limp on the exhibition floor. The creator Jung Seung said ‘I specially chose Gwangju for this artwork as it is closely related to democratic movements, uprisings, and dead people’. The imagery of the corpses serves as a metaphor for the rotten vestiges of the past that continue to plague modern society, which has already begun on its downward spiral due to the skepticism surrounding the changes brought about by violence in an effort to strengthen productivity and build a modernized social system for everyday convenience. He also added that ‘The current social system isn’t working anymore, it’s old and we need a new one, a better one’. I was personally amazed and loved the artwork very much.
Moreover, you can also other works such as A Dream of Silver Ocean, Kit-Bakery: Light and Sound, Empathy, 1:1, Binary Gradient, Birthmark, Hanji-Unfolding memories, Interface Machines Turing and Game, Virtual Buddhist Bell, A.A, Folly Folie Play, Tracing Sites, Ordinary People, Stars in a dark room, Plant Seed, Persona Project, The Metamorphosis Connections, Tangram, Sweet Spot Robot Drummer, Le Champ de Cadavre and etc. 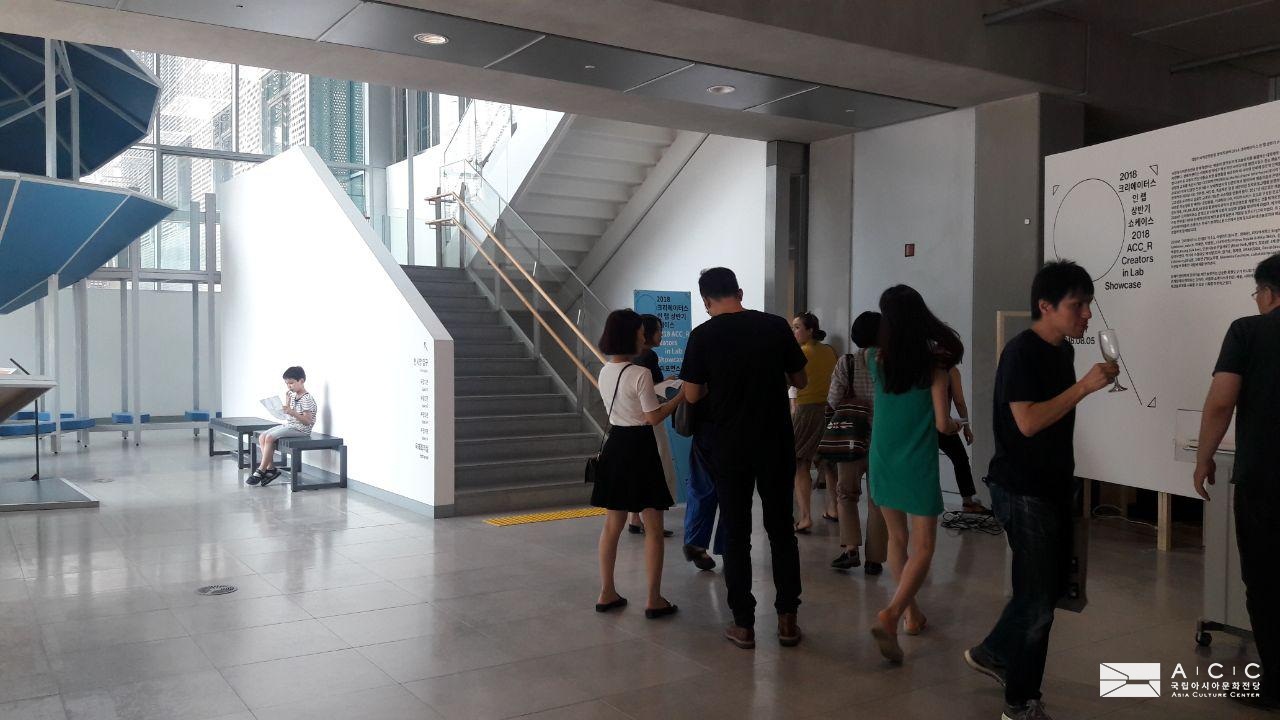