For its 2022 ótĭum Concert, the Gwangju Symphony Orchestra (GSO) will treat its audiences to three movements—”Scene,” “Waltz,” and “Dance of the Four Swans”—from Swan Lake, widely regarded as the best of Tchaikovsky’s three most renowned ballets. The orchestra will be joined by baritone singer Kong Byung-woo to perform four voice-and-orchestra pieces from The Young Boy’s Magic Horn by Gustav Mahler. 2022 GSO ótĭum Concert IV – Fairy Tale
For its 2022 ótĭum Concert, the Gwangju Symphony Orchestra (GSO) will treat its audiences to three movements—”Scene,” “Waltz,” and “Dance of the Four Swans”—from Swan Lake, widely regarded as the best of Tchaikovsky’s three most renowned ballets. The orchestra will be joined by baritone singer Kong Byung-woo to perform four voice-and-orchestra pieces from The Young Boy's Magic Horn by Gustav Mahler.

The intense and unique songs of Mahler’s The Young Boy's Magic Horn are based on old lyrics from a folk song collection of the same name. These closely connected songs provide valuable references for unfolding the meaning hidden in the composer’s symphonies.

The latter half of the concert features Maurice Ravel’s Mother Goose Suite. Inspired by stories written by Charles Perrault, this collection consists of five songs with their respective titles: Sleeping Beauty, Little Tom Thumb, Laideronnette, Empress of the Pagodas, Conversation of Beauty and the Beast, and Fairy Garden. ConductorHong Seo-kwon
The first Korean Kapellmeister (Master of the Chapel Choir) in Austria and an active presence in the European and Asian classical music scene, Hong Seo-kwon is one of few Korean conductors capable of handling a wide range of genres, including ballet, symphony, and contemporary music.

After graduating from the Department of Composition at Seoul National University College of Music as a Conducting Major, and finishing the Diplom and Konzertexamen programs at Universität der Künste Berlin, Germany, Hong was named a Maestro von Morgen (Maestro of the Future) by Deutscher Musikverein and won 3rd prize at the conductor competition celebrating the 100th anniversary of Herbert von Karajan’s birth. He has collaborated with the Deutsches Symphonie-Orchester Berlin, the Konzerthausorchester Berlin, The Stuttgart Radio Symphony Orchestra, and the Beethoven Orchester Bonn. Hong bloomed early on as an opera conductor. He won the Audience Award at the Leipzig Operetta Competition and debuted in venues such as the Stadttheater Bern in Switzerland and the Staatstheater Mainz in Germany to critical acclaim. Hong was also named Kapellmeister for Tiroler Landestheater in Innsbruck. He held the baton for the operetta Die Fledermaus by Johann Strauss II, the love and pride of Austria, which won him 20 sold-out runs and warm reception from critics and the press. “Fantastic music!” wrote Tiroler Tageszeitung, one of Innsbruck’s main local news outlets. “Conductor Hong Seo-kwon had all the audience members dancing to the music.” The European opera magazine Merker also hailed Hong’s performance, saying that “Conductor Hong Seo-kwon led the orchestra to the most ideal Strauss sound.”

In Korea, Hong conducted numerous major opera productions including the opera La Traviata performed in celebration of PyeongChang 2018 Winter Olympics, and Manon by Jules Massenet by the National Opera of Korea, which attracted the attention of the classical music scene as the world’s first full opera production since the COVID-19 outbreak in 2020. His conductorship was lauded for his perfect interpretation of the music, which retained European opera traditions. He also garnered high praise as the conductor for the 2021 rendition of Nabucco by the National Opera of Korea, which celebrated the reopening of the National Theater of Korea as well as Liberation Day. He is set to lead the Korean premier of Verdi’s Evening Prayer on the Island of Sicily in June 2022, continuing his unparalleled career as an opera conductor. Having conducted most major orchestras in Korea, Hong is loved and sought out by listeners, critics, and orchestras for his symphony work as well.

As the second Music Director for Hankyung Philharmonic, he drastically upgraded the orchestra and introduced a fresh wind of change in the orchestral music community. Hong became the 13th Art Director for the Gwangju Symphony Orchestra in 2021. Under his leadership, the city orchestra has recorded sold-out runs for most of its concerts, raising the popularity of classical music once again in Gwangju, the city of art. BaritoneKong Byung-woo
Baritone Kong Byun-woo graduated from the College of Music at Seoul National University, where he also attended graduate school. During his graduate years, he flew to France to study at Centre National d’Insertion Professionnelle d’Artistes Lyriques (CNIPAL) as a full-scholarship student, and received a doctorate at Conservatoire National Régional (CNR) de Marseille. Kong also won the Special Prize at the Belvedere Singing Competition and 1st prize at the Seoul International Music Competition after its 10 year hiatus.

Kong began his career playing Marcello in La bohème at Girona Theatre in Spain, which was then followed by numerous roles, including Count Almaviva in Le Nozze di Figaro in Sabadell in Barcelona, Spain, Guglielmo in Cosi fan tutte in Avignon in France, and Atrace in the baroque opera L’empio punito in Leipzig, Germany, for which he worked with the famous music director Christophe Rousset.

He sang Schaunard in La bohème in Oslo, Norway, and took on the leading role for Don Giovanni in Agder. Fædrelandsvennen, a Norwegian daily newspaper, ran an article about Kong on the front page of its culture section, praising his performance as “Don Giovanni with a rich voice and a witty performance that overwhelms the audience.” Other roles played by the baritone singer include Marcello in La bohème (Massy), Paulo in Simon Boccanegra (Nantes), Figaro in Il Barbiere di Siviglia (Lismo), Ping in Turandot, Dandini in La Cenerentola (Bordeaux), and Allazim in Zaide (Metz). He made his presence known at various prestigious venues across Europe, including Montipellier, where he performed Un ballo in maschera.

In Korea, he once again performed alongside the National Opera of Korea in La bohème, conducted by Chung Myung-whun, where he sang Marcello. He also garnered high praise for his performance in Don Carlo, Don Giovanni, Les pêcheurs de perles, Yevgeniy Onegin at Seoul Arts Center (in which he collaborated with conductor Lü Shao-Chia and the Seoul Philharmonic Orchestra), and Die Zauberflöte which was also performed at the Seoul Arts Center.

His soloist career includes his renditions of Carl Nielsen’s Symphony No. 3 by the Seoul Philharmonic Orchestra under the conductorship of the world-renowned conductor Stephen Asbury, the Ars Nova series of the same orchestra, and a collaboration with the Macao Orchestra. His other performances include a gala concert with the Jeonju Symphony Orchestra, the special concert The Magic Flute at Seoul Arts Center, Schuman Faust Gala at Kumho Art Hall, and Il trittico, which was co-produced by the National Symphony Orchestra of Taiwan and led by Lü Shao-Chia and the National Theater of Taiwan. He currently teaches at the Department of Music in Chonnam National University.
Commentator Lee Ji-young 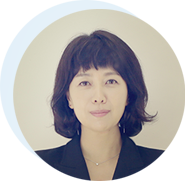 Lee Ji-young is the author of Music, What Does it Mean to You?, a collection of interviews with 14 artists and music enthusiasts. Currently, she writes the bi-weekly column, Lee Ji-young’s Classic Note for Hankook Ilbo. She currently holds the following titles: 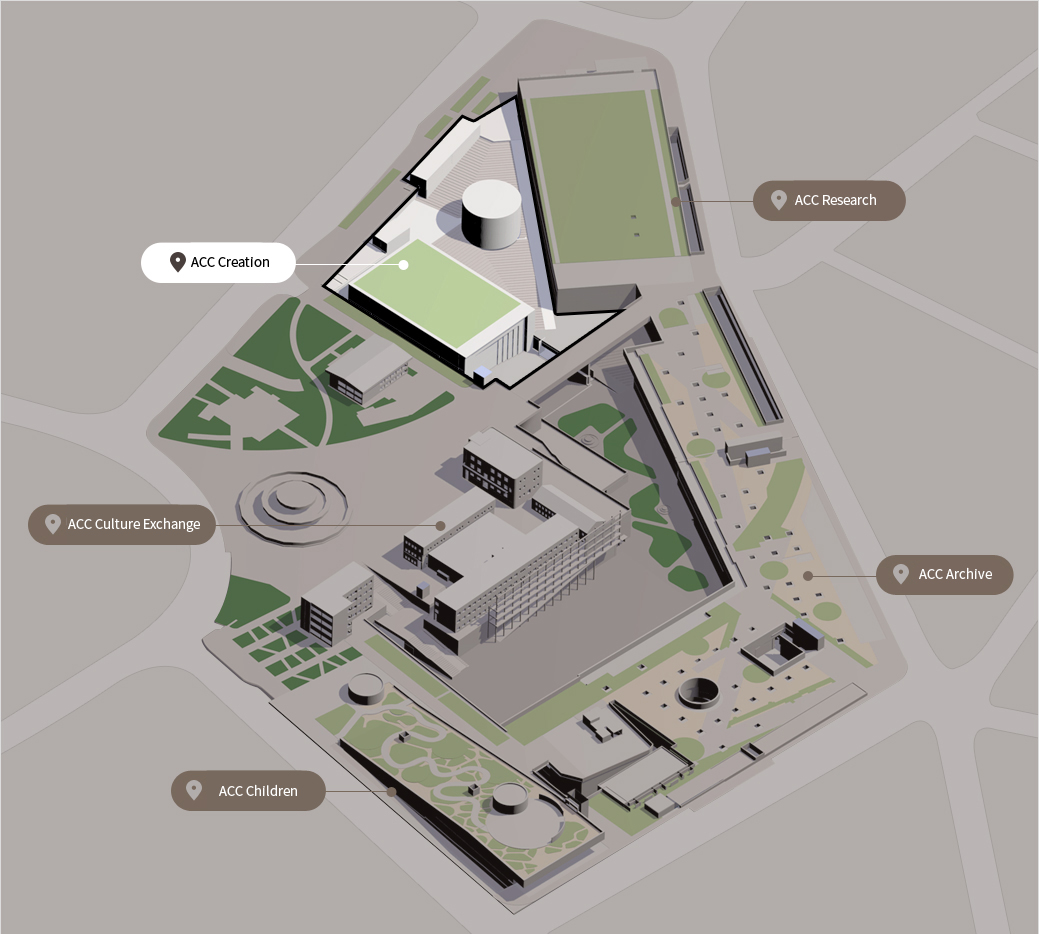