As a part of the Asia Pop Music Archiving Project, Asia Culture Center presents Malaysia Pop Music Collection, a renewed exhibition full of interesting resources that will give the public an overview of what popular music was in the history of the construction period of Malaysia between the years of 1960 to 1980. The exhibition is divided into three fundamental parts within the development of Malaysian music throughout its history.

THE ¨NATIONAL ARTISTS¨P.RAMLEE AND SALOMA

Malaysia had many historical events that happened between the decades of 1950 and 1960, in its struggle to achieve independence, this nation was a colony of more than five countries until 1957, the year in which the population decided to form their own nation, in the process arises the movement known as "Malay nationalism", a stage in which Malay music and cinema reached a great development.

P. Ramlee and Saloma were an outstanding talented couple who helped form the Malaysian entertainment industry into what it is today. P.Ramlee was a musician and singer actor who has a repertoire of 401 songs composed and participation in 66 movies throughout his career, while Saloma his wife was a singer and film actress who recorded more than 500 songs and was recognized in 1979 for her arduous dedication to the entertainment industry in Malaysia. The music genre "Pop Yeh Yeh" arrived in Malaysia as a part of the musical transition that suffered in the 1960s, bands like the Beatles and other bands of British nationality were those that left a great influence on the youth of that time, not only for its musical style but also because of the fashion they represented. However, these types of influences were rejected and cataloged as a lewd fashion by the society, which meant the total decline of this musical style. FROM MALAY NATIONALISM TO MALAYSIAN PATRIOTISM

After the image left by the time of the musical style "Pop Yeah Yeah", Malaysian society had to deal with immigrant groups brought by England which caused an ethnic variety to be constituted among the population and originate a series of social problems within  the Malaya community.

Allycat, an ethnic band founded in 1969, consist of members from countries such as India and China. It became popular since 1970 due to its songs and compositions that focused on national integration despite ethnic inequalities. On the other hand Sudirman Arshad, was a singer considered a national icon in Malaysia as he presented numerous songs in favor of social equality and thus overcoming the barriers between the social classes of that time. 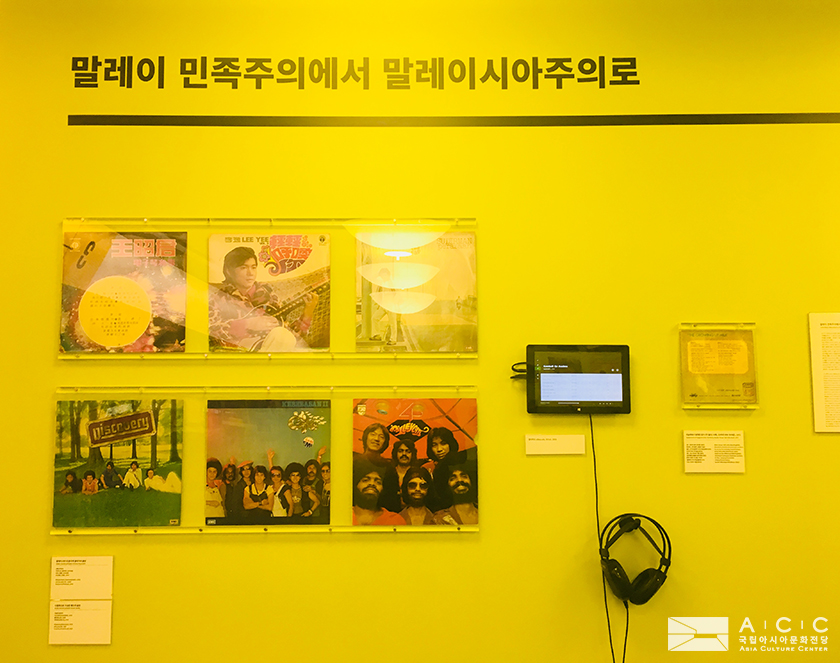 Come and enjoy this extraordinary exhibition where you will learn a little more about the history of Malaysia through its top musical artists. The exhibition is going on at ACC Library Park until April 19, 2020 and the entrance fee is completely free for everyone.

Prev
There is no previous article.