The reopening of the Asia Culture Center (ACC) Library Park, in line with the sixth anniversary of its opening, and launch of the new permanent exhibition ”Testimony of Asian Identity and Experience Created by Modern and Contemporary Asians” 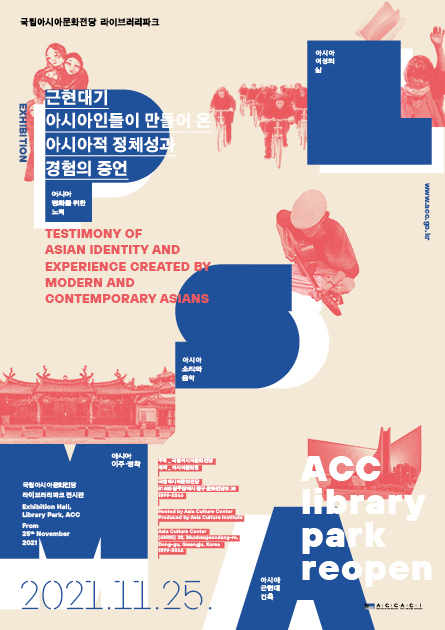 The permanent exhibition at the ACC Library Park is based on the results of ACC’s research, surveys, and collection and intended to serve as an accessible introduction to Asia’s unique art and lifestyle culture for visitors. It is made up of five thematic exhibitions, including Asian democracy, human rights, and peace; sounds and music; architecture; women; and migration, along with ACCex, an information space for cultural information in Asia, and virtual reality (VR) experience halls for Asian intangible cultures, food, and architecture.

The five thematic exhibitions consist of films, albums, books collected by ACC during research and surveys; materials on Indonesian lifestyle, donated by the City of Delft in the Netherlands; and ACC’s collection of documentaries, money, and postcards. The first theme, “Efforts toward Peace in Asia,” details the journey toward independence and peace achieved by the former French colonies of Vietnam, Laos, and Cambodia. The second theme of “Asian Sounds and Music” demonstrates the process in which external shocks and turbulent experiences, such as postcolonialism, the Cold War, urbanization, economic development, and democratization, are sublimated to popular art through the music of famed Vietnamese musician Trịnh Công Sỏn. Furthermore, the third theme, “Lives of Asian Women,” places the lives of Iranian women under an Islamic state and women’s rights movements against the backdrop of human rights. The fourth theme, “Modern and Contemporary Architecture in Asia,” presents the case studies of Kim Swoo-geun (Korea), Geoffrey Bawa (Sri Lanka), Vann Molyvann (Sri Lanka), and Kenzō Tange (Japan) to explore the significance and characteristics of architecture in the formation of a modern state. Finally, the fifth theme, “Migration and Settlement in Asia,” examines the Chinese migration to Southeast Asia and the resulting Peranakan culture. The exhibitions will feature additional materials collected by ACC in future research and surveys.

The VR exhibition allows visitors to experience intangible cultural properties and food in Central and Southeast Asia, and the traditional houses of the Toraja people in Sulawesi, Indonesia.

Efforts toward Peace in Asia: The Way to Peace in Indochina
Vietnam, Laos, and Cambodia were subsumed under the imperialist rule of France as French Indochina in the mid-19th century. Despite the region’s multifaceted historical background, the shared experience of colonial rule placed them in a similar historical ordeal. This exhibition seeks to examine how the three states, in their goals of establishing an independent nation-state, reestablish the values of democracy and peace for themselves through various archive materials. 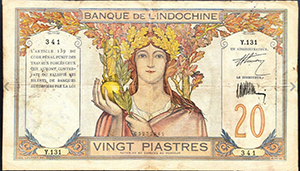 Banknote used in French Indochina, printed in the 1930s 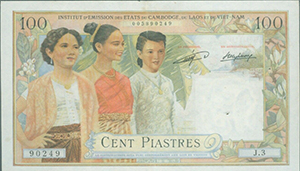 Banknote to be printed in 1954 in French Indochina
The banknotes printed by the French colonial authorities all had elements of European culture at the center of their designs. However, in wartime, the banknotes featured the respective region’s cultural characteristics.
Asian Sounds and Music: Vietnam’s Popular Music – The Life and Music of Trịnh Công Sỏn
This exhibition looks at Vietnam’s popular music culture through the life of Trịnh Công Sỏn, a highly influential musician in the history of Vietnamese popular music. Since 1955 (or 1957), Trịnh Công Sỏn has written nearly 600 love songs and anti-war protest songs for the people of Vietnam. By examining his world of music and poetry, the exhibition seeks to understand how popular music had captured people’s hearts in a period of historical and political upheaval and how music embodied leadership in times of change. 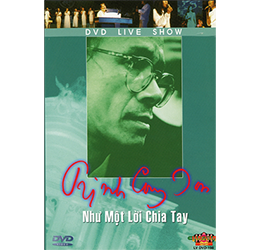 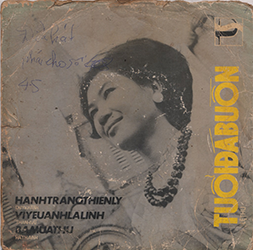 Le Thu’s album, featuring Trịnh Công Sỏn’s song Tuổi Đá Buồn (Age of Joyless Stone)
Lives of Asian Women: Iranian Women’s Lives Onscreen
This exhibition introduces the works of seven Iranian women directors, including that of Forough Farrokhzad, often considered one of the most prominent figures at the start of the Iranian New Wave. Their works focus on the lives of Iranian women and the realities of Iranian society, and their critical gazes, cast from the position of actors struggling in Iran and Islamic cultures, call for change toward a better society. 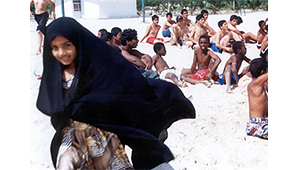 Marzieh Meshkini, The Day I Became a Woman
2000, 78 min, 35 mm, color
Modern and Contemporary Architecture in Asia: Architects and Nation’s Formation
Based on their environmental, cultural, and historical characteristics, Asian states have accepted modernism in multiple forms. These processes gave rise to problems and discussions distinct from that of the West. In architecture, acceptance of modernism included works that sought to apply the nation’s cultural and environmental conditions into new forms, along with efforts to reference and reevaluate traditional styles and materials. Sri Lanka, Japan, Cambodia, and Korea feature concrete cases of such deliberation and unique solutions, traceable to specific architects. The question of tradition and modernism formed an essential basis for these countries to hone their unique architectural characteristics. This exhibition seeks to introduce the aesthetic and historical significance of postwar modernist buildings in Asia through the works and activities of Geoffrey Bawa, Kenzō Tange, Vann Molyvann, and Kim Swoo-geun. 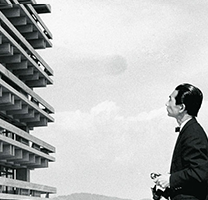 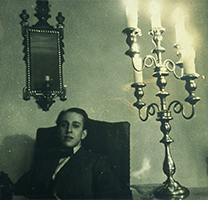 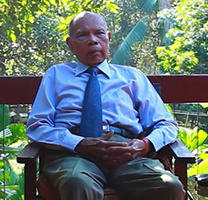 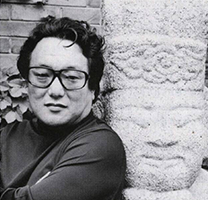 Kim Swoo-geun
Migration and Settlement in Asia: Shaping a Culture of Coexistence
Huáqiáo, the Chinese diaspora, is one of the most concrete examples of mass migration in Asia. Intricately connected with maritime trading and commerce in the past, the migration of Chinese people increased exponentially following the invasion of imperialist powers in the late 19th century and consequent upheavals in Chinese society. Their migration brought China’s culture and society together with those of other Asian countries, birthing new cultures like that of the Peranakan. This exhibition investigates how Asian cultures and societies came together to forge new communities and practices using the example of Chinese migration. 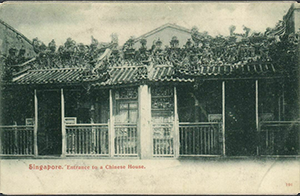 Peranakan house in the 1910s 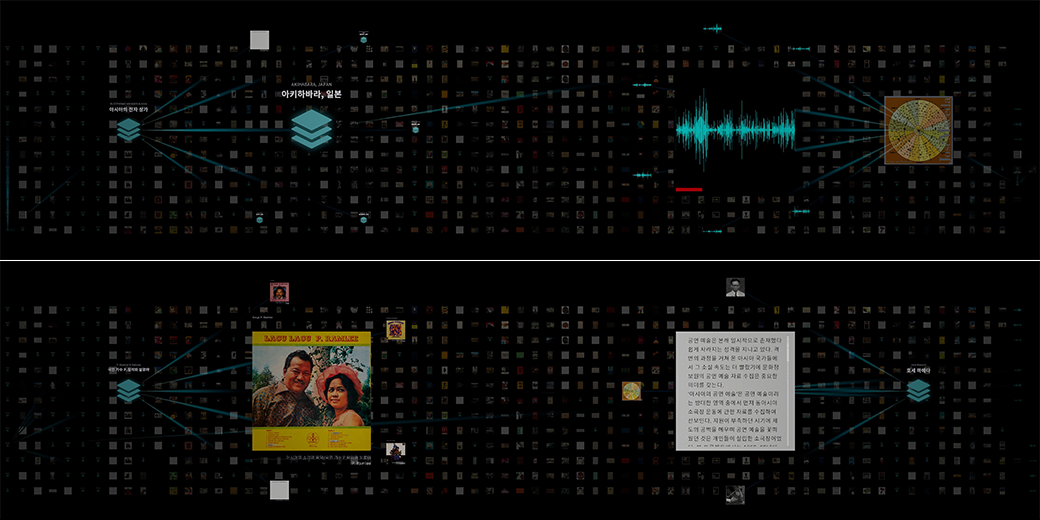