Asia Culture Center (ACC) hosted a 3 days World music festival on the dates of August 15-17 2019, with the title of “2019 ACC World Music Festival”. In this festival, musicians from nine countries have performed their music art. Total 13 teams from nine different countries including Hungary, Spain, India, Iraq, Iran, Italy, Portugal, Finland & Benin, and the Republic of Korea have performed respectively.The music was based on their folk music of each country, It was created by combining various categories such as classical music, jazz, rock, and others. It contains the “Culture” and “lifestyle” of its people and they have promoted their culture through the music. 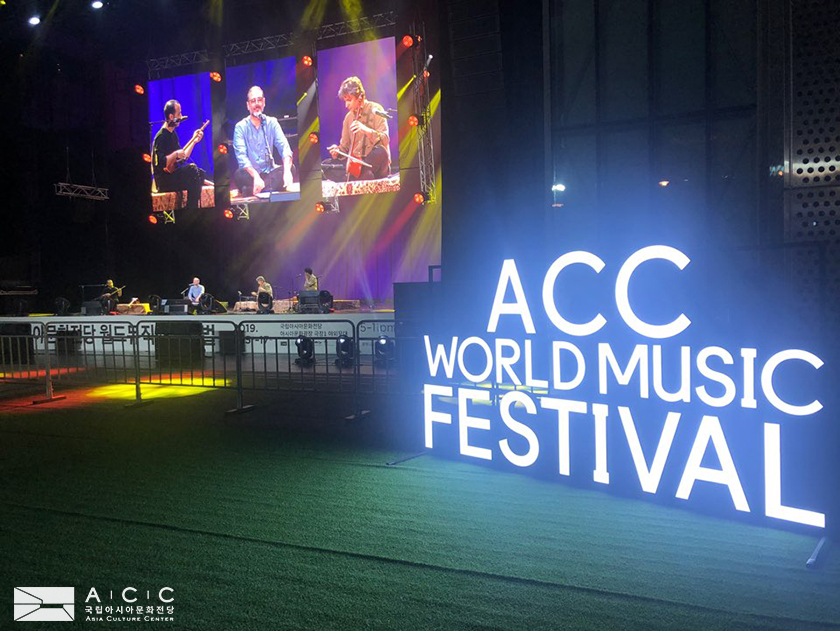 This festival has a long journey of a decade that’s why in this year, it is celebrated as 10th anniversary of the world music festival and it has the aim to introduce a variety of world music for the citizen to enjoy and building peace through the music.

All the performers were good entertainers and they were entertaining people very well. They were giving the message of love and peace through their music, their lyrics, and through their short speeches. Their instruments were quite different from country to country and they were very much professional to play it very pleasantly, beyond this they were also dancing very well to entertain the audiences. It shows that they were also enjoying the festival and they adored the response of the audience. Several researchers have mentioned that Music has the potential to change our mood and our mind; it conveys our emotions and feelings of sorrows, joys, and love. For me, without music, the world could be observed as a very boring place, if someone asks me I could say that there is no meaning to live on the earth without music. It becomes my necessity to live in the world. Just imagine how it looks without music? I would say a tedious place without any entertainment. Nowadays; the music becomes survival of everyone’s life as I have mentioned above. Music is the best way to promote peace in society; through music, we can communicate a good message to build a better world. By music, we can motivate people and gives meaning to life. 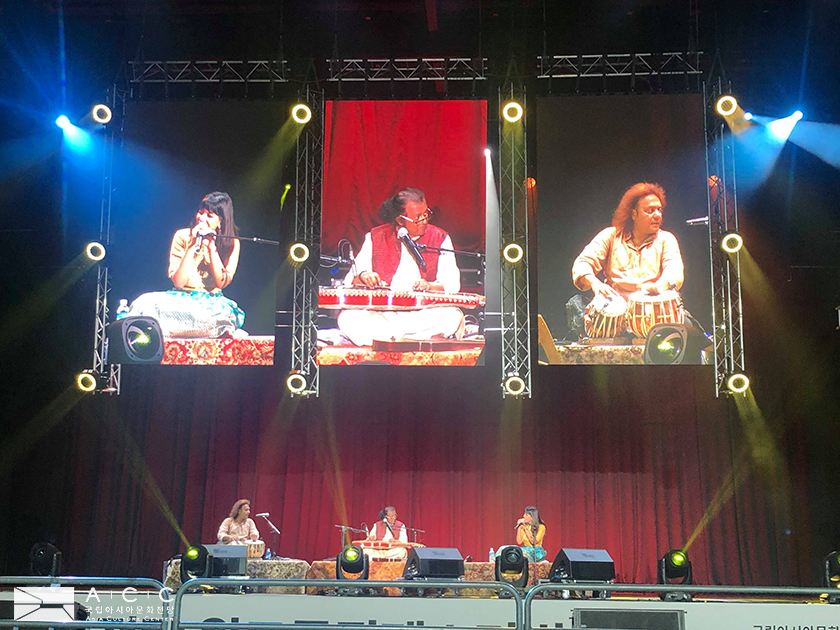 There was Indian Music which was pure classical music, the singer and the instrumental performers have played very well, all people no matters which country they belong, they all were enjoying their music. Other singers and musicians from Iran were playing a spiritual form of music, which was truly connected with the soul. The musicians from Italy, they rocked the stage, I am witnessed that audiences were dancing on their performance and they were also enjoying interacting with the people by their short speeches. I also found that lots of people came to encourage their own country’s music performers. They were enjoying and cheering at the time when they were playing music.

I interviewed many people from audience side, they said that we have loved this world music festival, we have enjoyed the world’s music and the more important that it’s free and lots of verity at a single place. We are thankful to the Asia Culture Center that they have organized such a great event for us.

When I interviewed with foreigners they said that we got verity of music at the one place and the music is belong to us, as one of Indian family said that we liked the classical music which performers belong to our country and it is first time here in South Korea that we have listened to live music of our country. We are thankful to ACC who create happiness for us, as we cannot express our feelings of grateful. We always believe that ACC is working for securing the culture of Asia as a whole. We are looking forward to participating in more activities by the Asia Culture Center. Personally, have enjoyed the music festival; being a music lover I loved all countries music, as all have their own charm and create peace in mind. I would like you to recommend you that please join us in other events, as ACC is doing all for you!! Only for YOU :)

Next
Eternal Now: The Review