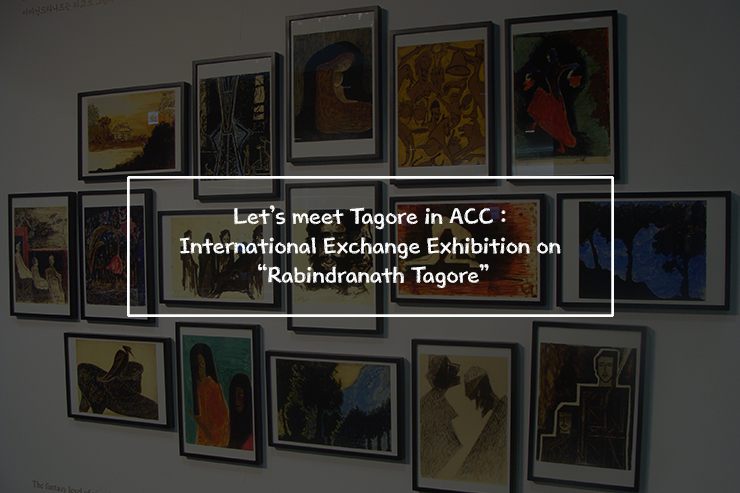 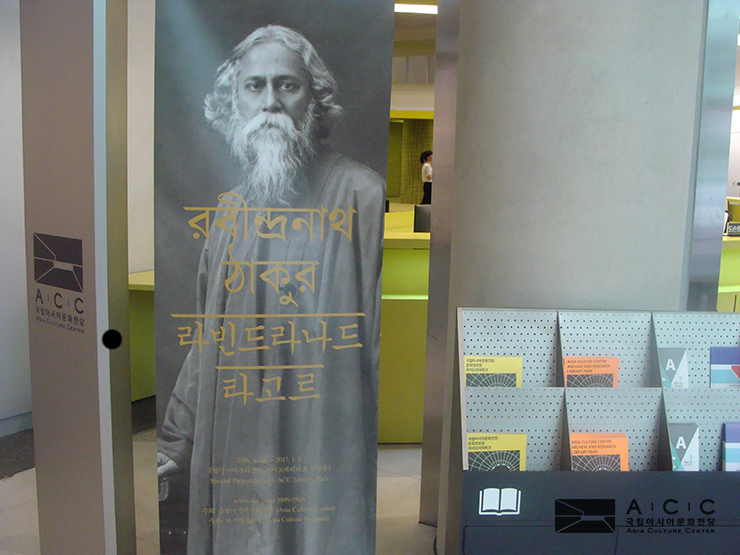 Ancient sources reveal a prehistoric relationship between India and Korea with the story of a King named Kim-Suro of Kaya Kingdom who married a Princess of Ayodhya, India in first Century A.D. Later Buddhism played an influential role in bringing the two countries closer. A Korean Buddhist monk named Hye-cho traveled to India in 723 AD and wrote a travelogue Pilgrimage to Five Kingdoms of India. In recent history, Korea seems to have been greatly influenced by Indian literature and culture of the early 20th century. Rabindranath Tagore, Asia’s first Nobel Laureate, is one of the most revered poets in Asia of the modern era. Born on 7 May, 1861 in Calcutta, India, he is highly valued as a great poet and a philosopher. An English translation of his poems was published in 1912 under the title of Gitanjali, which won the Nobel Prize for Literature the following year (1913). In 1921 he established an experimental school known as Brahmacharya Ashrama in Shantiniketan in West Bengal, an education center closely bonded with nature. Later the school became Visva Bharathi University, which is a prominent international university today. Tagore also wrote and composed a collection of more than 2,230 songs called Rabindra Sangeet, now an integral part of Bengali culture. He is also the composer of two national anthems of India and Bangladesh. Besides being a poet, he is also a dramatist and contributed to Bengali drama with his plays, including Visarjan (Sacrifice) in 1890, which is generally regarded as his finest drama. At age sixty, Rabindranath Tagore took up drawing and painting. Calling his paintings Last Age Love, he held successful exhibitions in major cities in Europe and the USA. The landscapes, animals, flowers, men and women were well composed in his paintings. 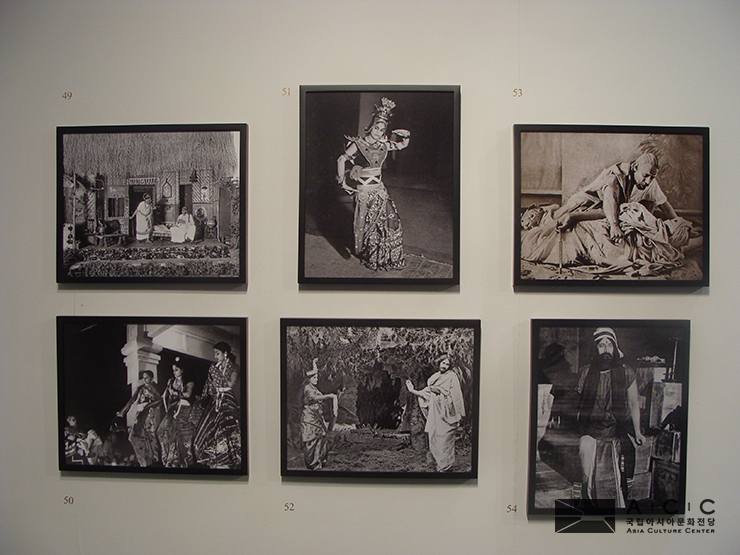 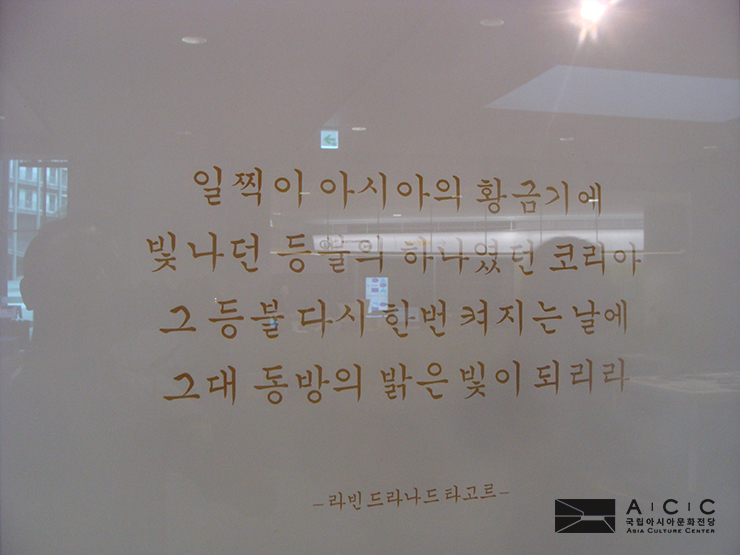 Tagore was introduced to Korea in 1913 just after he won the Nobel Prize for Literature. Many of his works were translated and published in the literary magazine Ch’ongch’un (Youth) in 1916. His award winning Gitanjali was translated into Korean in 1920, The Crescent Moon (children poems) and Gardner (love poems) in 1924, and his famous play Post Office and many essays in 1926.

At the same time, Tagore inspired humankind to resist the forces of colonialism through his powerful verse and expressed his love and support for Korean independence from colonization. Although he couldn’t travel to Korea, his deep sympathy toward Korean people was expressed through his works. In 1929 he composed the following quatrain about Korea which galvanized Korean nationalism and dedicated it to Korea during the colonial period. There is hardly a Korean who has not heard Tagore’s poem ‘The Lamp of the East’. His expression towards Korea finds its essence in these lines.

In the Golden Age of Asia

Korea was one of the lamp-bearers

That lamp waits to be lighted once again

For the illumination of the East 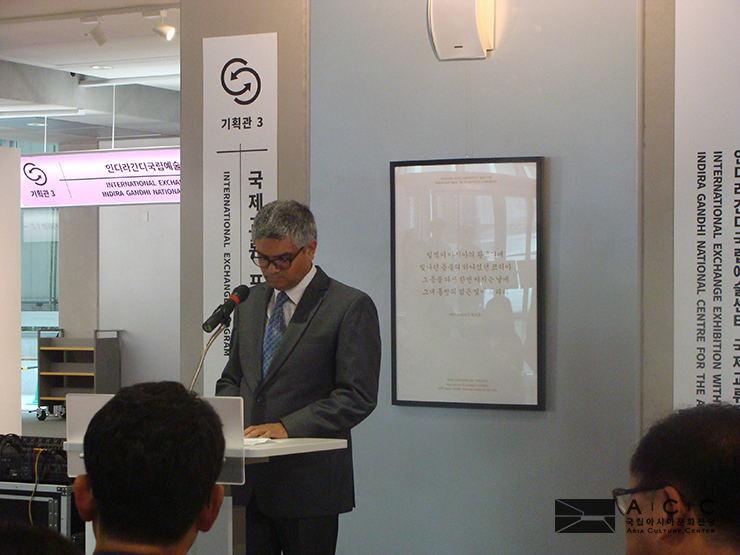 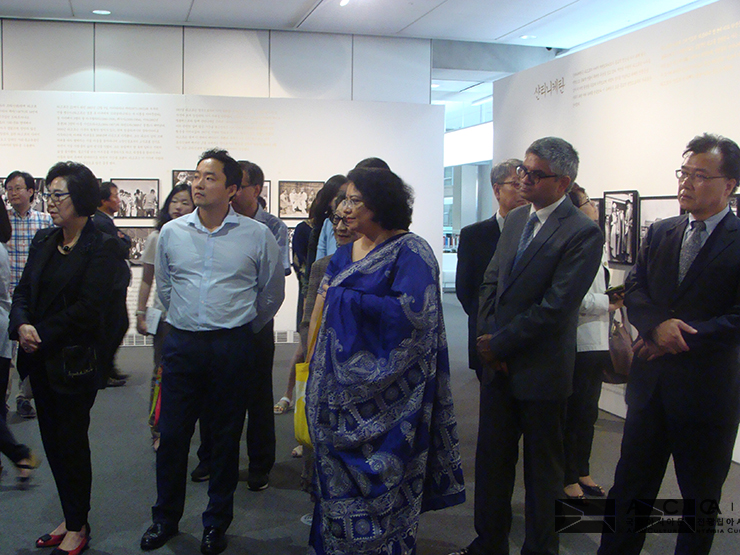 After the liberation of Korea, the Ministry of Education included an article on Tagore’s poem in the textbooks for high school students to perpetuate the memory of this great poet and supporter of Korean independence. In 1981, The Tagore Society of Korea was founded and it seeks to promote the ideals and ideas which Tagore stood for.

There is no doubt that Tagore believed Korea is a land of immense potential and his vision of Korea has become a reality today. An International exchange exhibition on Rabindranath Tagore was ceremonially declared open at the ACC Library Park today (15th June). By doing so, the ACC has lit Tagore’s lamp once again in Korea. This exhibition is held in collaboration with the Indira Gandhi National Center for the Arts (IGNCA), India. Named as “Rabindranath Tagore: The Art and Life of a Cosmopolitan,” the opening ceremony of the exhibition was held with the participation of delegates from both countries including, Ms. Veena Joshi (Joint Secretary of IGNCA), Mr. Upender Singh Rawat (Deputy Chief of Mission of Embassy of India in Seoul), Professor Kim Yangsik (Director of Indian Art Museum), Professor Kim Gyeonghak (Chonnam National University), Mr. Park Yangwoo (President of Gwangju Biennale), Mr. Song Uijeong (Director of Gwangju National Museum), Mr. Bang Seongyu (President of ACC) and many other guests and invitees. 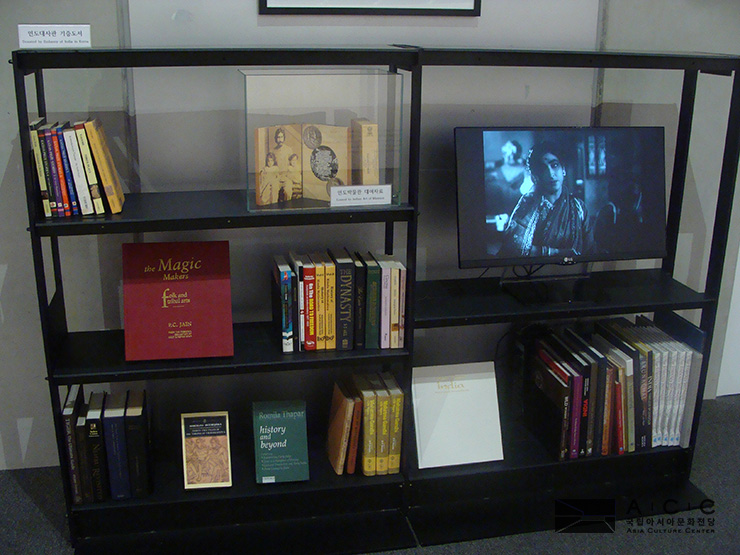 The co-host of this international exchange exhibition, the Indira Gandhi National Centre for the Arts, was established in 1987 in the memory of Indira Gandhi, late Indian Prime Minister. The IGNCA recognizes the need to encompass and preserve the distributed fragments of Indian art and culture. A pioneering attempt has been made to serve as a major resource center for the arts, especially written, oral and visual materials. This exhibition is based on the philosophical foundation of IGNCA – the holistic world-view so powerfully articulated throughout Indian tradition and emphasized by modern Indian leaders from Mahatma Gandhi to Tagore. This exhibition starts from Shantiniketan, the spiritual hometown for Tagore and the place where the Visva Bharati is located, tracing his journey in literature and arts. Materials displayed in this exhibition cover his contributions in poems, songs, dramas and painting, which reveal his thought, vision and philosophy. This is a golden opportunity for all of us in Korea to explore the thought and vision of this great poet and philosopher through his works and life. This exhibition is held until the 8th of January, 2017 at the ACC Library Park. By holding this exhibition, ACC has once again become the cradle of Asian culture. Let’s meet Tagore in the ACC for one more time!